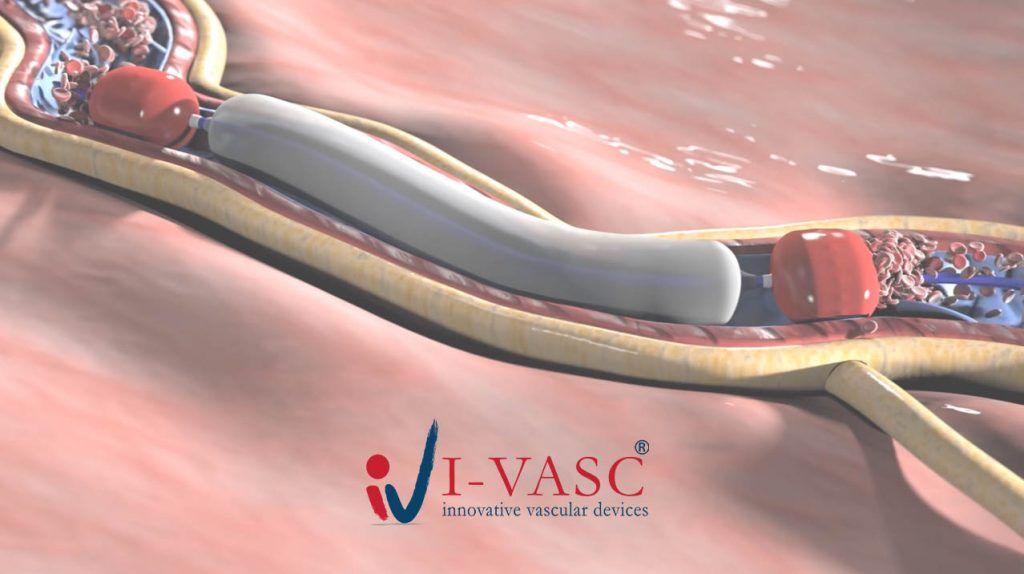 first clinical use of VELEX™

I-VASC, the Italy based start-up company which has developed and CE Marked its innovative percutaneous VELEX™ system to treat CVI, a condition that includes varicose veins disease, announces today that VELEX™ has entered clinical use, with the first two cases performed last week in Milan at the Policlinico San Donato center, the renowned institution of medical science.

These first two cases represent the start of the V.A.S.C. post-market clinical trial, that will be executed in a group of qualified centers, coordinated by Policlinico San Donato, that notably includes the San Raffaele Hospital in Milan and other international sites.

VELEX™ is an innovative minimally invasive catheter system which performs an advanced form of sclerotherapy (chemical ablation) based on the Empty Vein Ablation concept, invented and developed by Mario Salerno (MD), who is also the founder of I-VASC and the chairman of the board.

The EVA technology allows a fully controlled application of the sclerosant drug in the segment of vein to be treated. Before injection of the drug this segment is emptied from blood and isolated from the rest of the venous system, a solution conceived to increase both efficacy and safety of sclerotherapy through performing a simple and quick procedure.

“We are proud of having started the clinical use of VELEX™ as per our product roll-out plans” stated Daniele Zanotti, I-VASC’s CEO, “and having done that at such a qualified center as San Donato, with an investigator of the experience Paolo Righini (MD) and the impressive team of Prof. Giovanni Nano. This for us, is only the first step of a market introduction path that will lead VELEX™ to be progressively introduced in the European market first, as it is already CE Marked, as well as the US market by pursuing the FDA approval too”.

Paolo Righini (MD), principal investigator of the V.A.S.C. trial, has stated “We have been following the development of this technology for a while and we were very interested in verifying its clinical performance. VELEX™ is based on a simple and elegant concept that has the potential to make endovascular chemical ablation more effective from every point of view, especially for patients with larger vessels such as the large saphenous veins treated today in this study. These veins would be the most challenging for current sclerotherapy. They would perhaps be alternatively treated with thermal/mechanical ablation, that however, require the use of anaesthesiologic drugs because of considerable intra-procedural discomfort. While only follow-up on all the approximate 30 patients to be enrolled in the study will provide sufficient data for an adequate evaluation, the procedural success and the short-term evidence give us hope for the best”.

“I am thrilled that the EVA technology has been eventually become available to CVI patients” said Mario Salerno (MD), inventor of the technology, founder of I-VASC and a vascular surgeon himself. “I have devised this concept after many years of experience with various techniques, especially sclerotherapy, that systematically fall short not only in efficacy, especially for the larger vessels to treat, but sometimes also their safety, difficulty to be used, patients’ compliance, and lastly not to mention the costs for the most recent ones. With the EVA concept I intended to strike a new level of performances that could overcome all these compromises and establish a novel therapeutic paradigm. Only the clinical use will tell us whether we have succeeded, but after the first two cases our expectation has definitely risen”.

Cancel reply
We use cookies on our website to give you the most relevant experience by remembering your preferences and repeat visits. By clicking “Accept”, you consent to the use of ALL the cookies.
Cookie settingsACCEPT
Manage consent

This website uses cookies to improve your experience while you navigate through the website. Out of these, the cookies that are categorized as necessary are stored on your browser as they are essential for the working of basic functionalities of the website. We also use third-party cookies that help us analyze and understand how you use this website. These cookies will be stored in your browser only with your consent. You also have the option to opt-out of these cookies. But opting out of some of these cookies may affect your browsing experience.
Necessary Sempre abilitato
Necessary cookies are absolutely essential for the website to function properly. These cookies ensure basic functionalities and security features of the website, anonymously.
Functional
Functional cookies help to perform certain functionalities like sharing the content of the website on social media platforms, collect feedbacks, and other third-party features.
Performance
Performance cookies are used to understand and analyze the key performance indexes of the website which helps in delivering a better user experience for the visitors.
Analytics
Analytical cookies are used to understand how visitors interact with the website. These cookies help provide information on metrics the number of visitors, bounce rate, traffic source, etc.
Advertisement
Advertisement cookies are used to provide visitors with relevant ads and marketing campaigns. These cookies track visitors across websites and collect information to provide customized ads.
Others
Other uncategorized cookies are those that are being analyzed and have not been classified into a category as yet.
ACCETTA E SALVA